This industry has contended with high import competition, which has been exasperated by increases in the trade-weighted index and weakened demand from the Semiconductor and Circuit Manufacturing industry.

However, growth in housing starts, and increased demand from automotive electronics manufacturing have supported revenue growth. Over the five years to 2021, industry revenue is expected to increase at an annualized rate of 1.8% to $2.6 billion.

This includes a 6.6% decrease in revenue in 2020 caused by the COVID-19 (coronavirus), which has greatly reduced downstream demand in construction and housing markets, as well as exports. Nevertheless, research anticipates industry revenue to rebound 4.3% in 2021 alone.

The Ceramics Manufacturing industry has experienced revenue fluctuations over the five years to 2021 due to volatility in macroeconomic factors such as per capita disposable income, the number of housing starts, and the trade-weighted index.

Over the five years to 2021, industry revenue is expected to increase at an annualized rate of 1.8% to $2.6 billion, including a decrease of 6.6% in 2020 alone due to weaker downstream demand caused by the COVID-19 (coronavirus) pandemic.

As social distancing slows down construction and bankruptcies rise, many individuals are putting off projects and developments that require industry products. Nevertheless, research anticipates this to be short-lived, with industry revenue rebounding 4.3% in 2021.

Over the five years to 2026, the Ceramics Manufacturing industry is expected to grow. However, downstream markets will likely dictate the direction of the industry. For example, the number of housing starts is expected to grow at an annualized rate of 0.7% over the five years to 2026. This will likely increase demand for ceramic plumbing fixtures and kitchenware.

Despite this, the trade-weighted index (TWI) is expected to decrease, supporting industry demand for exports as the value of goods becomes more affordable relative to the dollar. During the outlook period, the TWI is anticipated to decline at an annualized rate of 0.7%.

Although imports are expected to slow, they are projected to account for 80.5% of domestic demand in 2026. This is primarily due to domestic manufacturers struggling to compete with low-cost imports from foreign countries where the cost of labor is much lower.

Still, smaller US-based manufacturers have found their niche in pottery and other ceramic goods by providing more unique products than mass-produced imports. As a result, over the five years to 2026, the number of establishments is expected to decline an annualized 0.1% to 1,824 locations. 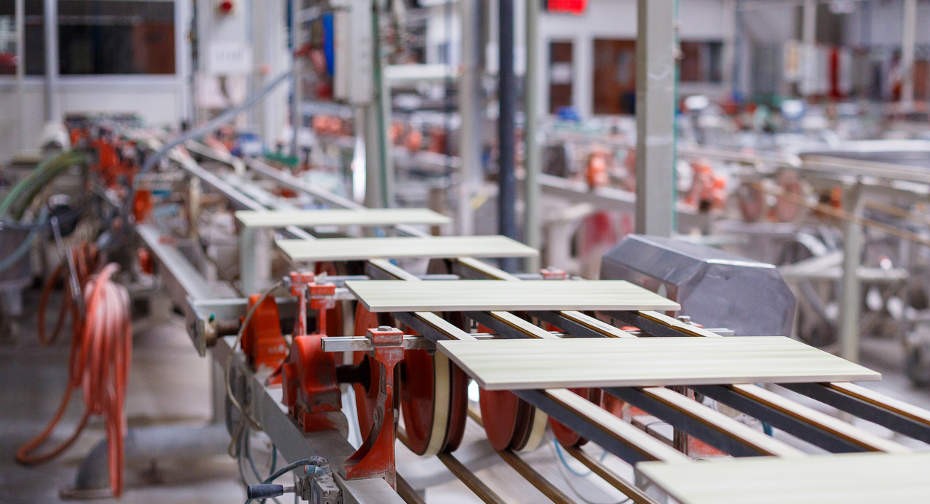 This industry does not include companies that primarily make ceramic tiles or refractories, which are included in the Clay Brick and Product Manufacturing industry.

There is a low degree of capital intensity for the ceramic sector. Research in 2021 indicates that industry operators will spend $0.07 for each dollar spent on salaries, on capital expenditure, in software and research and development, as well as machinery and equipment.

The level of capital intensity remained constant compared to its 2016 levels. Industry capital investment mainly consists of one-time purchases such as kilns, furnaces, sintering stoves, which are all utilized to fire the ceramic material and finish it. The process of burning removes moisture from the material, hardens it, and makes it more durable.

In addition to lathes, which are used to shape ceramics into their final form, diamond cutting saws, big material blenders, and other gear, operators in the plumbing fittings and advanced ceramics sector may invest in other machinery to boost production efficiency and automate the manufacturing process.

In order to create and create its goods, the ceramics industry relies largely on human labor. In particular, although the production process in the current world is ubiquitous, it still depends on experienced workers, to mold, shape, assemble, glaze and fire manually.

Revenue volatility, on the other hand, is highly dependent on the product sector. For example, revenue volatility in the advanced ceramics section is smaller than in the plumbing fittings and pottery ware sectors.

This is because improved ceramics are required in contemporary cars and airplanes, as well as most electronics and high-tech equipment.

Because these items are utilized in practically every area of the economy, revenue volatility for this segment is largely determined by the overall status of the economy, and downturns in one area are often offset by upturns in others.

In contrast, this business has greater levels of volatility in revenue compared to advanced ceramics in the plumbing and ceramic pottery sectors. The sales of ceramic potters depend heavily on customer confidence, consumption, and disposable income levels, all of which change over time.

Plumbing systems’ income mostly relies on demand from residential and non-residential building sectors. The housing market is particularly uncertain and turbulent. In recent years, currency rates have also become a significant influence in industry volatility since international commerce plays such a big influence on the performance of the business.