The industry is classified as institutional and municipal building, and it has grown as a result of broad-based economic development. Government aviation financing, long-term demand for air travel, and market optimism all have a significant impact on industry efficiency.

This sector has grown rapidly in the five years to 2020, owing primarily to the Airport Improvement Plan (AIP), which has appropriated an unprecedented $3.5 billion annually since 2015 for the estimated $35.1 billion in API qualifying projects between 2015 and 2023.

Airport Terminal Construction is responsible for the construction of airport terminals, including extension, improvements, and reconstruction. Terminal building can include improving a site’s communication networks (such as adding Wi-Fi services and air traffic control towers) and retail space, increasing total seats and workstations or undertaking full architectural overhauls.

The success of the airline industry is closely related to federal, state, and local subsidies for air transportation, as well as long-term demand for air travel. Terminal building is typically funded by federal and state grants, airport revenue bonds, other airport-generated contributions, and third-party financing.

As a result, when new funds are distributed or programs are shut down, the sector experiences moderate degrees of sales fluctuations, often shifting the makeup of the industry’s main players and the industry’s market share concentration on a yearly basis.

Increasing demand for air travel has resulted in higher levels of capital spending in airport systems over the five years to 2020 from the Airport Improvement Plan (AIP), which has dedicated approximately $10.0 billion to industry-relevant projects since 2015.

Revenue in the industry is forecast to grow at a 20.4 percent annualized rate to $14.9 billion over the next five years, with a 0.9 percent increase in 2020 alone.

Revenue development in the Airport Terminal Construction industry is projected to increase over the next five years, to  2025. Federal transportation spending is set to increase, which is expected to boost industry sales efficiency.

However, spending at the state and local levels is expected to slow, growing at an annualized rate of 0.5 percent. These contradictory factors would stifle market sales growth. Budget forecasts show that the Federal Aviation Administration’s Modernization and Reform policy will continue to invest in modernizing airport terminals and improving quality and safety.

However, the result of this funding is still unclear because Congress is yet to reauthorize it. Furthermore, as consumer sentiment and per capita disposable income increase, demand from domestic and international airports is projected to rise steadily.

According to research, market sales will rise at a 1.9 percent annualized pace to $16.4 billion over the next five years, though COVID-19 (coronavirus) effects will cause this estimate to be revised downward. 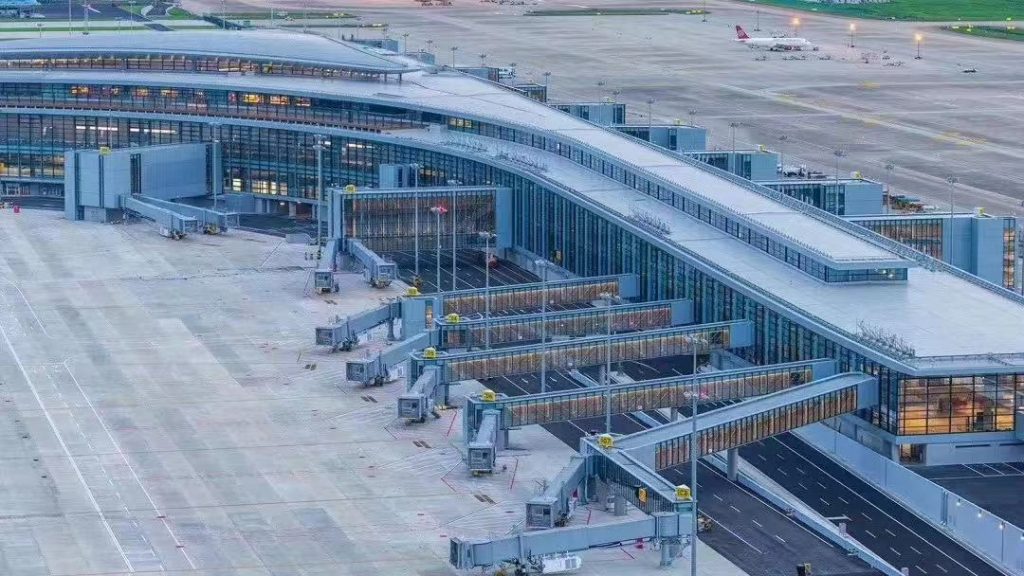 Airport terminals are built by operators of this sector, with builders specializing in new terminal building, renovation, and extensions. This business also involves construction design firms and special trade contractors that work on airport terminal construction.