The United States’ Bars and Nightclubs business has shown a general decline in income during the five years through 2020. This, however, is owing to the significant income decline caused by the COVID-19 (coronavirus) pandemic. Except for 2020, the industry has grown in revenue each year, but owing to the coronavirus’s enormity, revenue is predicted to fall below 2015 levels.

For the bulk of the era, growth was mostly fueled by higher consumer spending and per capita alcohol use. The performance reversal was caused by large drops in demand as a consequence of social distancing restrictions. As a result, revenue for the sector is expected to drop by 26.6 percent in 2020 alone. Despite growth in the industry’s first four years, sales are predicted to decline at an annualized rate of 1.9 percent to $22.3 billion during the next five years through 2020.

Operators of bars and nightclubs have attempted to react to changing consumer tastes by broadening their offerings into new and specialist concepts such as wine bars, cocktail lounges, and brewpubs. As a consequence, the sector has a significant degree of fragmentation. Despite growing per capita alcohol spending, consumers are increasingly enjoying packaged drinks at home rather than at nightclubs or bars, posing greater external competition for industry operators.

Increased competition has put downward pressure on industry profit margins. Prior to the economic downturn of 2020, the demand on profit was a significant hurdle to success for many enterprises. Due to the limitations imposed on industry operators and people to avoid the spread of the coronavirus, several operators were obliged to permanently shutter their premises in 2020.

The business is expected to gradually revive over the next five years until 2025, with new establishments appearing where shuttered ones previously stood and customers resuming spending on services away from home. The sector is expected to rebound despite competition from at-home alcohol use and external outlets such as restaurants that also provide alcohol.

Nonetheless, the sector is expected to revive beginning in 2020 as the economy improves and consumer spending increases. Additionally, bars will continue to add expensive items to their menus, such as craft beer and organic wine, to appeal to customer interests. Industry revenue is expected to grow at an annualized pace of 5.9 percent to $29.8 billion during the five years to 2025.

Additional Information about Bars and Nightclubs

The Bars and Nightclubs sector expanded at a modest pace throughout the five years to 2020, as consumer confidence and total expenditure climbed consistently throughout the first four years of the period. For the bulk of the five-year period, the sector profited from general economic expansion until seeing a significant decrease in 2020 as a result of the COVID-19 (coronavirus) pandemic.

The Bars and Nightclubs business includes bars, taverns, pubs, lounges, and nightclubs, as well as other drinking establishments that make and sell alcoholic drinks for immediate consumption and provide limited food services. As a result, this business is largely reliant on variables affecting the domestic economy as a whole and consumer drinking habits.

While industry income climbed between 2015 and 2019 as consumer spending climbed, many industrial establishments were obliged to shut or decrease operations in 2020 to avoid the spread of the coronavirus. This resulted in a precipitous decline in industry revenue. Despite growth over the first four years of the period, the severity of the coronavirus’s impacts on the sector is projected to result in the period being classified as a decline in revenue overall.

While the initial boost in industry income may be ascribed to consumer spending reaching its greatest level in a decade, the majority of the sector’s growth has been related to increasing alcohol pricing rather than increased sales volume. Consumer spend on alcohol has increased by an annualized 2.4 percent over the last five years.

Due to the significant decline in sales in 2020, research forecasts that industry sales would decline at an annualized rate of 1.9 percent to $22.3 billion over the next five years. This reduction is a result of the pandemic shutdown, which resulted in a 26.6 percent drop in 2020 alone.

Over the next five years, operators in the Bars and Nightclubs business are likely to restart growth once social distancing limitations are eased and customers resume employment and spending at sector venues. While the business is likely to increase as the economy recovers, growth will be modest due to the sector’s significant fall after the COVID-19 (coronavirus) pandemic.

As limitations are lifted and consumers feel secure eating and drinking out from home, they will return to industry facilities to congregate and spend. Over the next five years, per capita disposable income and consumer expenditure are expected to expand at annualized rates of 2.1 percent and 3.2 percent, respectively, assisting the industry’s recovery.

The sector will profit from the economy’s recovery, a gradual decline in unemployment, and a rise in discretionary expenditure. Additionally, per capita alcohol consumption is predicted to rise, especially for luxury drinks. Premiumization will continue to benefit industry operators as long as general economic growth remains stable and disposable incomes remain buoyant.

Operators, on the other hand, will continue to be constrained by product offers, resulting in modest increase in the amount spent on industry-provided items. Additionally, consumers are expected to increase their use of in-home drinks, putting further constraints on growth.

As a consequence, revenue for the sector is predicted to expand at a 5.9 percent annualized pace to $29.8 billion during the five years to 2025. The rapid annualized growth rate is mostly a reaction to the significant decline in 2020 and will only bring revenue to slightly higher levels than before the pandemic. 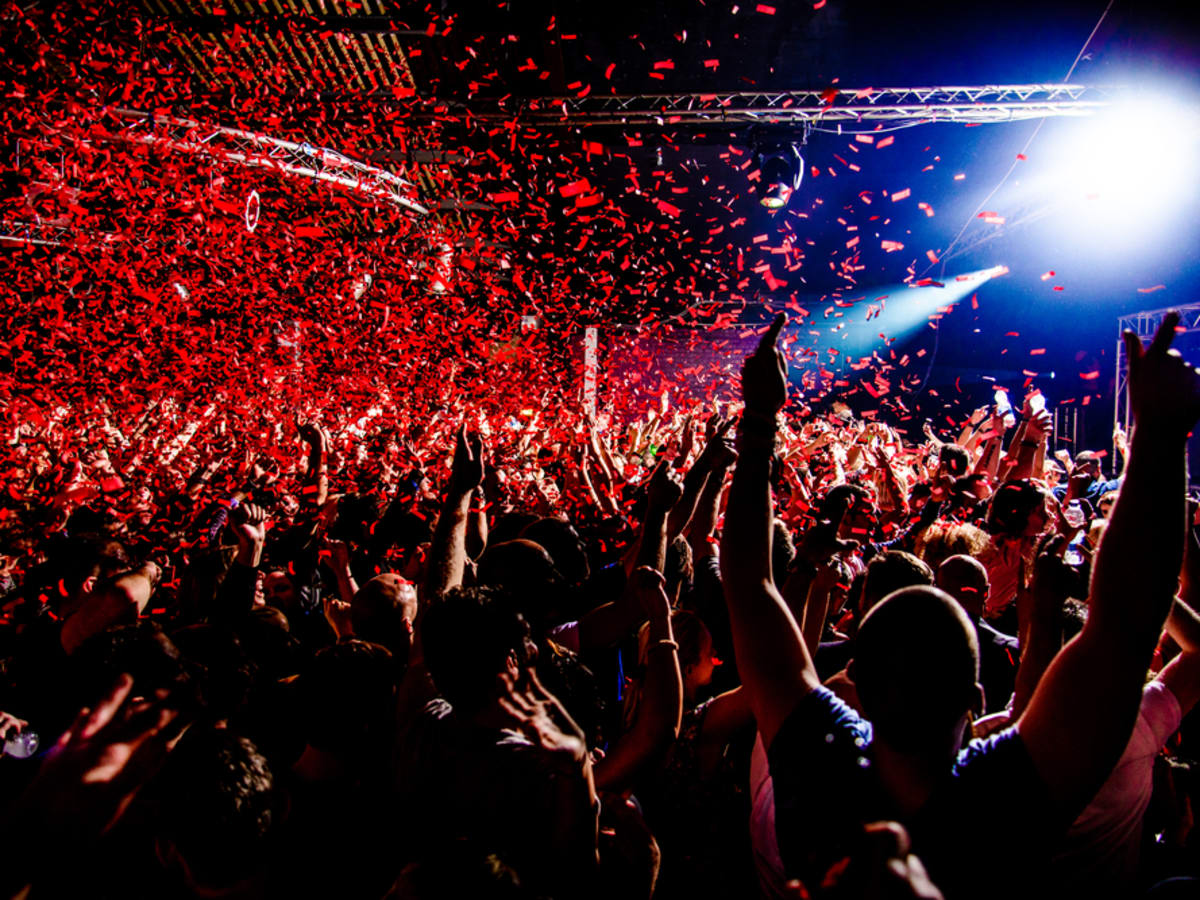 This industry include bars, taverns, pubs, lounges, and nightclubs, as well as other establishments that make and serve alcoholic drinks for immediate consumption. Additionally, some places may provide limited food options. The Bars and Nightclubs sector has reached a mature stage of development. Industry value added (IVA), which gauges an industry’s contribution to GDP, is predicted to stall over the next decade, compared to the yearly increase of 1.9 percent in the United States over the same time.

While the sector is developing at a slower pace than the national GDP, it is still in its mature stage of development. The industry IVA is mostly a function of the sector’s substantial decline in demand and income in 2020 as a result of the COVID-19 (coronavirus) pandemic, and so does not adequately reflect the sector’s contribution to GDP. Typically, demand for bars and nightclubs is very cyclical and will fluctuate in lockstep with the economy.

The moderate and steady rise in per capita alcohol consumption and widespread market acceptance of the services supplied by industry facilities are indicators that this sector has reached the mature stage of its lifecycle. The industry is very competitive and is under rising competition from other sectors, including casinos, full-service restaurants, and outlets that sell packaged alcoholic beverages, such as supermarkets and convenience shops.

While a growing number of customers are opting for bottles and cans at home, particularly wine and foreign beer, consumers are also increasingly seeking out industry venues for social gatherings or after-work specials.

Despite these competing developments have caused minor consolidation with the sector. Over the next decade, the number of industrial establishments is predicted to decline at a modest yearly pace of 0.9 percent.

As a result of these shifting customer tastes, several areas of the business are restructuring to concentrate on better-quality beverage and food products with better margins, while also attempting to attract families and younger clients.

These measures are intended to divert customers away from at-home drinking and often result in increased profit margins for industry venues. Gluten-free and organic options are increasingly available on bar menus, while craft beer, which often has a greater profit margin, is being sold on tap.

Traditional venues such as Irish pubs and sports bars are giving way to luxury cocktail and wine bars in numerous cities. Nonetheless, during the next five years, the sector is likely to grow more fragmented in order to service a bigger number of specialist areas.

This is particularly relevant if operators attempt to reopen after temporary closures caused by the coronavirus in 2020. Despite these improvements, the sector will see little to no significant innovation in technology or product development, another sign of a mature sector.