The Autonomous Underwater Vehicle (AUV) Manufacturing industry has grown rapidly over the last five years, with revenue expected to increase at a 26.5 percent annualized rate to $885.4 million. AUVs, which were first conceived in the 1960s, are underwater boats that are programmed to execute a certain mission; AUVs may travel freely and have their own power source.

The majority of the industry’s revenue comes from military and security industries for surveillance, reconnaissance, mine countermeasures, and antisubmarine warfare. Many AUVs are still in development, and the US military’s interest in the product indicates future commercial growth potential.

In reality, income has grown since the military has maintained its priority on AUVs despite budgetary cuts elsewhere. Overall, the government budget for the military has grown at an expected annualized pace of 3.3 percent for the five years through 2020.

Oil and gas businesses, which have increasingly utilized AUVs to map the ocean floor and monitor pipelines, have also contributed to the industry’s rapid expansion. Because they are more cost-effective, have greater resolution capabilities, and can operate at deeper water levels, AUVs are increasingly being employed in favor of remotely controlled vehicles.

Despite reduced oil and gas costs, AUVs still represent a cost-saving offering. As a result, rising commercial uses of AUVs have resulted in strong industry growth during the last five years. According to research, the sector will continue to grow in 2020, with revenue predicted to increase by 24.4 percent. Demand growth is also predicted to boost industry profitability.

Over the next five years, the AUV Manufacturing sector is predicted to grow at a slower rate of 4.2 percent per year on average, reaching $1.1 billion. Increased military financing for industrial initiatives like the Orca XLUUV and Snakehead LDUUV will be the key driver of this expansion.

Furthermore, as the price of AUVs continues to fall, commercial demand for industrial products will increase. Oil and gas industries, in particular, are likely to increase their investment in AUV products because of the cost reductions for offshore exploration and inspection. Military spending on small-budget items, on the other hand, is highly volatile, exposing the industry to significant change.

The AUV Manufacturing sector is still in its infancy. The industry, which began in the 1960s, did not see its first sale until 1985. Since then, the sector has grown rapidly as the use of AUVs has expanded to commercial, scientific, and military applications. The US military, as well as the oil and gas industry, are increasingly funding AUV systems. research projects that industry sales will expand at a 26.5 percent yearly pace to $885.4 million during the next five years.

This includes a predicted 24.4 percent increase in 2020. Fortunately, because most of the sector’s money is already allotted by the US government each fiscal year, the business is unlikely to experience a monetary windfall as a result of the effects of COVID-19 (coronavirus) on the larger US economy. However, this windfall might simply be postponed and reflected in budget cuts in the following years.

Under-ice research and mapping, mine countermeasures, search and submarine hunting, oceanographic surveys, and pipeline and cable route surveys are just a few of the activities that AUVs are utilized for. AUVs are mostly employed for military, scientific research, oil and gas exploration, and maintenance. According to research, the US military accounts for 74.4 percent of industry income, with the remainder coming from the scientific (19.8 percent ) and commercial (5.8 percent ) areas.

AUVs are primarily used in the military for surveillance, reconnaissance, mine countermeasures, and antisubmarine warfare. As a result, AUV demand is significantly influenced by patterns in military expenditures. Over the next five years, federal defense spending is predicted to climb by an annualized 3.3 percent, with spending on AUVs in particular projected to surge. Because of the potential capabilities gained through improved AUV usage and development, as well as the relatively small size of the projects, the military has continued to see the benefit in boosting investment.

The US Navy, in particular, intends to outfit its new littoral warfare ships with a diverse array of undersea vehicles. However, while military financing for AUVs is increasing, it is frequently erratic. Because of the unique nature of AUV technology, the majority of industrial defense initiatives are still in the research and development (R&D) phase, with little procurement. As a result, financing for industrial initiatives might fluctuate dramatically since some R&D effort is successful while others fail.

Lockheed Martin Corporation’s (Lockheed) Remote Minehunting System (RMS), for example, is one of the industry’s major defense initiatives. Nonetheless, the Navy discontinued RMS in March 2016 due to many dependability difficulties. However, the Navy’s newly planned Extra Considerable Unmanned Underwater Vehicles have already received a large financial allocation to compensate for this cancellation.

Lockheed Martin and Boeing competed to build the Orca, an autonomous small submarine that would be utilized for long-endurance surveillance operations, undersea freight delivery, and a range of other activities. Both businesses had been working on the project since 2017 and had previously been awarded Navy funds for design, prototype, and manufacturing.

Both firms stand to gain from a separate big unmanned underwater vehicle (UUV) initiative known as the Snakehead LDUUV. Funding for these initiatives is projected to increase in the coming months. Boeing was awarded the majority of the contract in 2019 and told to produce four Orca vehicles by 2022. Lockheed was tasked with producing project support equipment.

The AUV Manufacturing sector is expected to continue growing over the next five years, though at a slower rate than the previous five-year period. Revenue in the business is expected to grow at a 4.2 percent yearly pace to $1.1 billion by 2025. Increased military investment, as well as an increase in commercial uses of AUVs, especially for oil and gas drilling and system maintenance, will be the principal reasons driving the market growth. The overall slowdown might be the consequence of future budget cuts as the US government struggles with the country’s growing national debt and the long-term effects of the coronavirus.

The military will continue to be the dominant customer of commercial products, sponsoring both platform development and acquisition. According to the fiscal 2021 budget request and research study, US Department of Defense funding for industrial products is likely to increase and drive industry income. Some military-related AUVs, like General Dynamics’ Knifefish, are projected to enter service, but the vast bulk of industry defense investment will go into research and development.

Both businesses had been working on the project since 2017 and had previously been awarded Navy funds for design, prototype, and manufacturing. Both firms stand to gain from a separate big unmanned underwater vehicle (UUV) initiative known as the Snakehead LDUUV. Funding for these initiatives is projected to increase in the coming months. Boeing was awarded the majority of the contract in 2019 and told to produce four Orca vehicles by 2022. Lockheed was tasked with producing project support equipment. 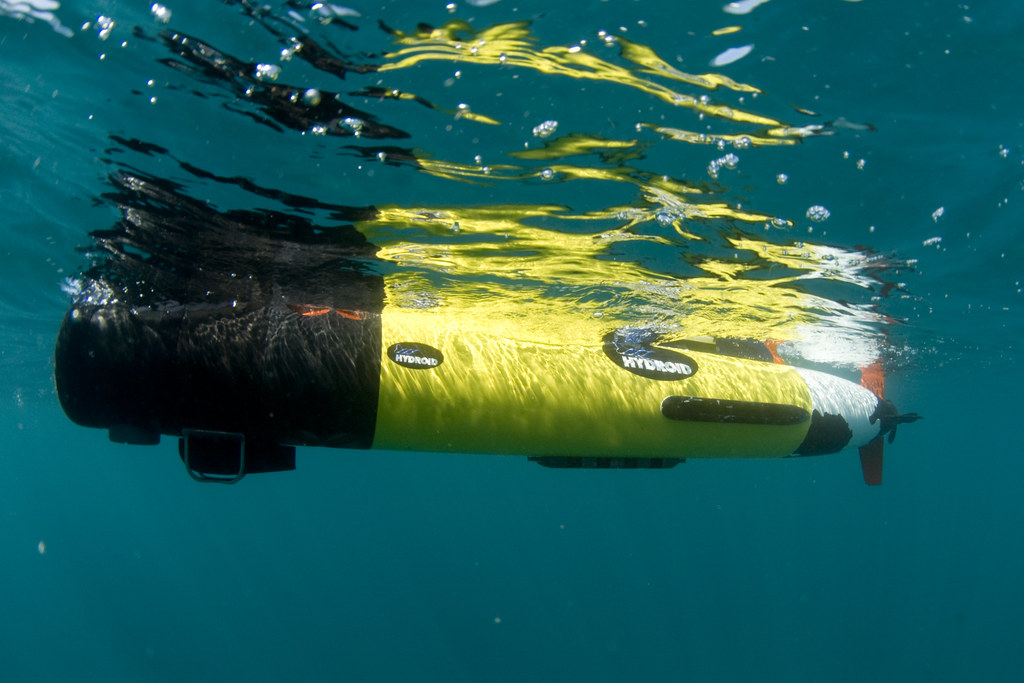 The AUV industry is at the beginning of its life cycle. Industry value added (IVA), which represents the industry’s contribution to the entire economy, is expected to increase at an annualized rate of 9.1 percent during the next ten years through 2025. In comparison, GDP is expected to grow at an annualized pace of 1.8 percent for the same time period. Normally, IVA growth that outpaces GDP growth signals a thriving sector.

The rapid pace of technological development is another evidence of the industry’s development. Computing power advancements, as well as the capabilities and compactness of AUV components such as cameras, sonars, and sensors, have made AUVs significantly more powerful and viable for commercial and military usage, as well as less costly.

One of the key causes for the industry’s rising life cycle stage has been its expansion into new commercial markets. Oil and gas corporations are increasingly adopting AUVs to map ocean floor features prior to the construction of oil and gas pipelines, as well as for underwater infrastructure maintenance.

These elements have also aided in the rapid advancement of technology. Manufacturers are rapidly creating smaller and lighter AUV systems with longer battery lifetimes in order to perform longer missions. To increase battery life, companies are also investing in batteries with reduced power needs and the capacity to utilize other power sources such as solar energy.